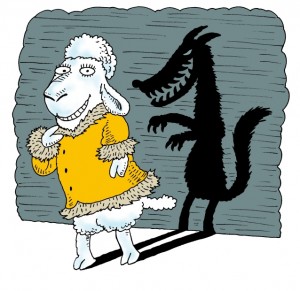 Not long ago, it was understood that nations obfuscated their motives, and terrorists openly lashed out against perceived injustice. There was never any doubt which group had hijacked a passenger plane, blown up a London restaurant, or been responsible for the kidnap and massacre of Israeli athletes. Heads of state, for their part, never let on that it was they who orchestrated the fall of such and such government or the installation of a ruler to their liking.

In a few short decades, the trend has reversed. We might look at the 1981 Israeli bombing of a sovereign nation as the turning point. No one now faults Menachem Begin for ordering an air strike against Osirak, Saddam Hussein’s French-built nuclear reactor. But in its day, the assault outraged world leaders and was condemned unanimously by the United Nations Security Council. By 2007, Ehud Olmert’s decision to level Bashar al-Assad’s nuclear facility elicited a completely different reaction. The United States admitted to having prior knowledge of the bombardment, Syria’s Arab neighbors gave it their tacit approval, and only North Korea, Syria’s supplier, was left crying foul.

Of course, the chutzpah isn’t unique to Israel. In the United States, the administration sold the idea of WMDs in Iraq with such conviction that to have found none left no other reason for the invasion but one: blatant opportunism. It was a minor setback compared to shooting down an Iranian passenger jet in 1988, killing the 290 on board, and then decorating the captain of USS Vincennes, the carrier in the Persian Gulf from which the strike was carried out. Disregard for a nation’s integrity continues in Pakistan where, every several weeks, the U.S. accidentally strikes the wrong target. Recently, when in the course of spying, a drone was lost over Iran, President Obama asked for it back.

On the other hand, terrorism, once driven by limpid objectives, now operates under a cloaked rationale. Was it mere coincidence that within months of the Persian Gulf fiasco a Pan Am 747 was blown up over Lockerbie? Tehran didn’t endorse the attack, and ostensible ties to Libya made no sense. We were baffled. By 2001, the shift was complete. In fact, it took massive detective work to identify Osama bin Laden as the mastermind of 9/11. As an act of terrorism, 9/11 was a radical departure from old-school terror: no one understood—or yet understands—the reason, the demand, the hope. Terrorism had always involved a barter, do this or else; now for every explicit state-stamped onslaught, a hundred mysterious, seemingly random, sacrificial counterstrikes are waged.

For nostalgia’s sake, I would like to return to the order of the 1970s. In this fantasy, world leaders would connive their way through politics, and we would recognize it as statecraft. Certainly, Israel would not be discussing a bombing raid against Iran in the New York Times Magazine. Instead, Mr. Netanyahu would pay lip service to Iran’s sovereignty and vehemently deny having anything to do with the Stuxnet worm, the assassination of Iran’s nuclear scientists, or the spy pigeons found near Natanz nuclear facility. Terrorists, too, would revert back to their previous selves. They would stop being so frustratingly abstract. Each group would have a website with a link to its demands. They would keep a running post of their attacks and spell out the horror they would unleash until their goals were met.